For the second consecutive year T.O.P. srl was selected by the newspaper Il Sole 24 Ore, in collaboration with Statista, among the small and medium Italian companies whose turnover in the three-year period 2015/2018 has grown, despite the unfavourable economic situation.

The factors that have allowed these companies to reach a positive result in contrast with the general crisis of the national and international market are the ability of Italian companies to work in traditional sectors but with an innovative approach and the introduction of cutting-edge technologies. Another important aspect that emerges from the ranking is the fact that 46% of companies were also present in last year’s ranking, which means that they are not a flash in the pan, but institutions that can establish themselves permanently in the market.

This year T.O.P. srl ranks at 317th place (out of a total of 400 companies) confirming its positive growth and its determination to establish itself on the national and especially international market. 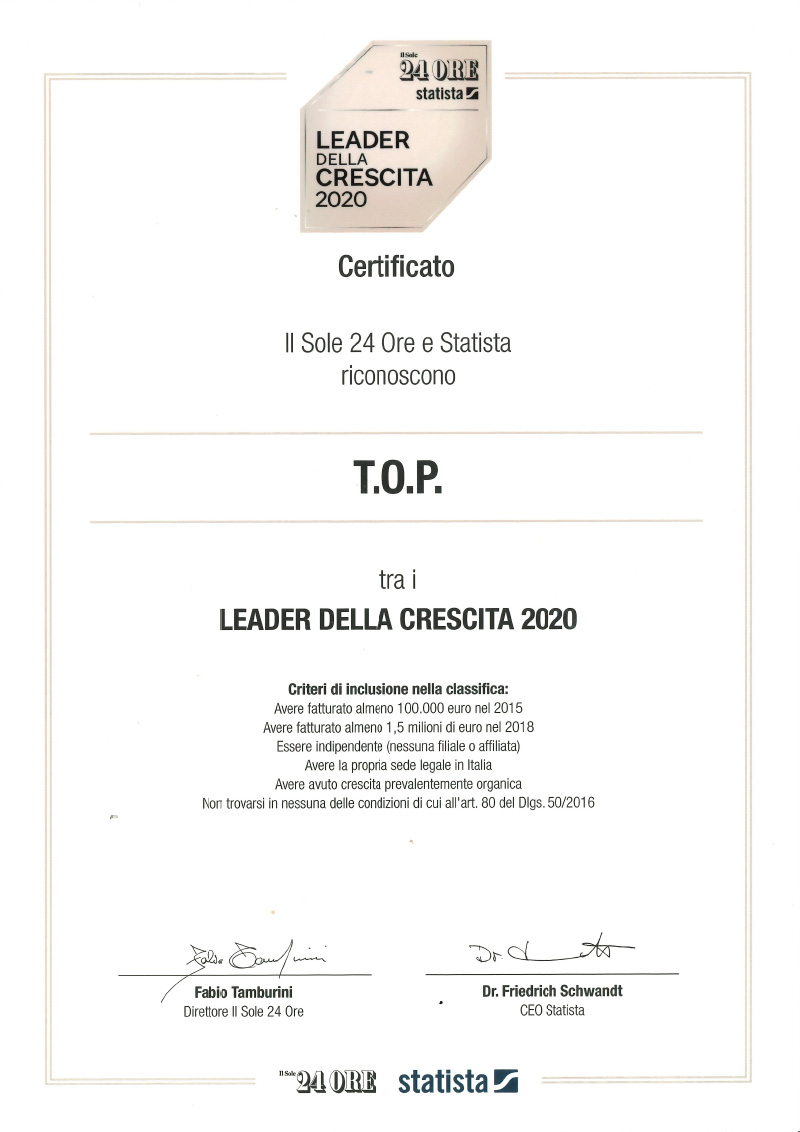